ITV is leading the way with female-driven dramas at the moment. If like many, you are mourning the loss of the excellent Scott & Bailey for another year, here are some reasons why you should be watching the 1950s detective drama, The Bletchley Circle. There’s a lot more to these girls than meets the eye… 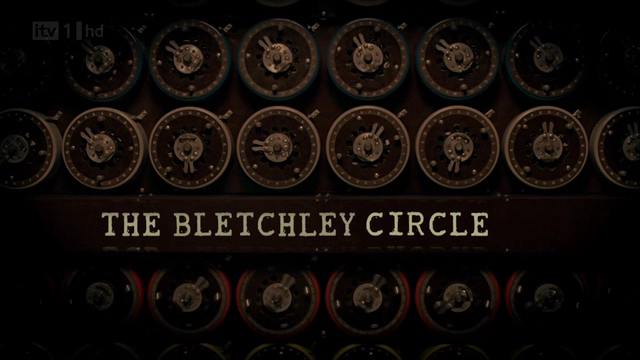 Four women reunite after completing vital work in the code-breaking huts of Bletchley Park during World War Two to solve murders and crimes. Using their impeccable skills for deduction and attention to detail, they are able to see what the police have overlooked. In doing so, they begin to shed the quiet, polite lives they have begun to lead after the war.

Just the cast list for this show should be enough to tempt you into watching. Starring the excellent Anna Maxwell Martin, the regal Rachael Stirling, the curiously dowdy Julie Graham and relative newcomer Sophie Rundle, here is a great league of female talent taking the helm. The first episode sees Susan (Anna Maxwell Martin) assemble the team, encouraging them to remember the expertise they have worked hard to forget in the intervening years in order to solve a spate of kidnapping and murders of women in London. It’s clear from the outset that you’re in safe hands for this hour (well, 42 minutes) of drama. Series Two is joined by Hattie Morahan (Sense & Sensibility) and Faye Marsay (The White Queen). 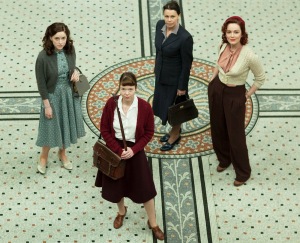 It’s only been in recent years that the stories of those who worked at Bletchley Park have been heard. Signing the Official Secrets Act was a solemn business and taken extremely seriously. Men and women who were recruited have only just been able to speak openly about their experiences and the vital work they conducted during wartime. As an unfolding history, we are beginning to hear about the challenges they faced both during and after the war as they were forced to keep their contributions to the war effort quiet from family and friends. Susan, Millie, Jean and Lucy lead double lives in The Bletchley Circle, hiding their unique light which made them so useful in the war under an officially sealed and closely guarded bushel.

Simply put, there are four women and it isn’t Sex and The City. Here are four characters that are drawn together by their outstanding abilities, their shared compassion to help and an exclusive bond which goes beyond the realms of womanhood. Adventurous and flighty Millie (Rachael Stirling) wears the trousers and flaunts her daring nature for all to see. Susan is analytical, empathetic and with a husband and two small children at home dares to strive for more. Jean is matronly, their former supervisor at Bletchley and the voice of reason in this foursome. And finally, young Sophie is gifted with a photographic memory and a naivety which begins to disappear as the women delve deeper into the underbelly of London. Much like Scott & Bailey it is refreshing to spend time with fictional characters who go beyond the perceived capabilities of their gender; making choices that would have been deemed reckless before the war and to an extent, after.  As Series Two begins, it is clear that the bonds these women have formed hang in the balance…

Unfortunately much like many excellent British dramas, The Bletchley Circle is painfully short and clocking up only seven episodes over two series means you won’t have to hibernate to catch-up on this boxset before the latest series finishes. An excellent reception in the US (where it aired on PBS) and Netflix viewings helped somewhat in securing a second series long after the first run aired in 2012. If you fancy an interesting set-up, a move away from the usual tortured detective and his sidekick format and some classic period intrigue then this is the show for you. Visitor numbers have gone up exponentially at the Bletchley Park museum in Buckinghamshire and with the life story of the genius, Alan Turing coming to screens with Benedict Cumberbatch as the tragic innovator, the heroics of those who served the cause in silence for so long are finally receiving attention long deserved.

Here’s a clip from the very first episode to wet your appetite: